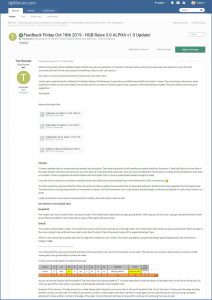 Our Rules Rooster just made what we hope will be the final Feedback Friday for the Heavy Gear Blitz Rules 3.0 before the rules are finished layout and ready to be published, here is the start of his post. You can read the full post on our DP9 Forum, which includes download files for the ALPHA v1.9 Update, just click the link below.
https://dp9forum.com/index.php…

“Welcome to possibly the last Feedback Friday until the new rules are published. I am excited. It has been quite a journey and I personally have learned so much from this community. But don’t let me start acting like something is about to end. Let’s get to it.

This week we want to talk about Movement, Infantry and a few other items.

I want to give a special thanks to Rolando, FinnKodiak, Mmmpi, PetriWessman, Kryptovidicus, prof9844, kayuna2000 and Lloyd D. Jessee. They were having a discussion about amphibious models and how the Amphib Trait and the rules do not seem to correctly capture what is going on with the amphibious models. They also offered some very good suggestions.

Changes:
I’ll state a problem that our community was recently discussing first. They were noting that not all amphibious models should act the same. A Tank that floats on the surface of the water should not function the same way as a Gear that can submerge itself underwater. Also, why does the Offroad:X Trait function so simply and the Amphibious Trait seem so complex? Those complexities also allow Models with the Amphib Trait to move at questionable speeds through the water.

I took the time to consult our immersion scientists at the main office just be sure and they have in-fact deemed this 100% un-immersive.

This also turned into a domino effect for other rules and we ended up adding improvements that we have been testing for the Movement rules separate from the Amphib topic. The end result is a very big improvement to movement as a whole. You’ll find movement much more intuitive and the chapter on Movement (Chapter 4) is also much clearer as a result.

Lastly we’ll discuss some welcome improvements to Infantry and a few other models as well. 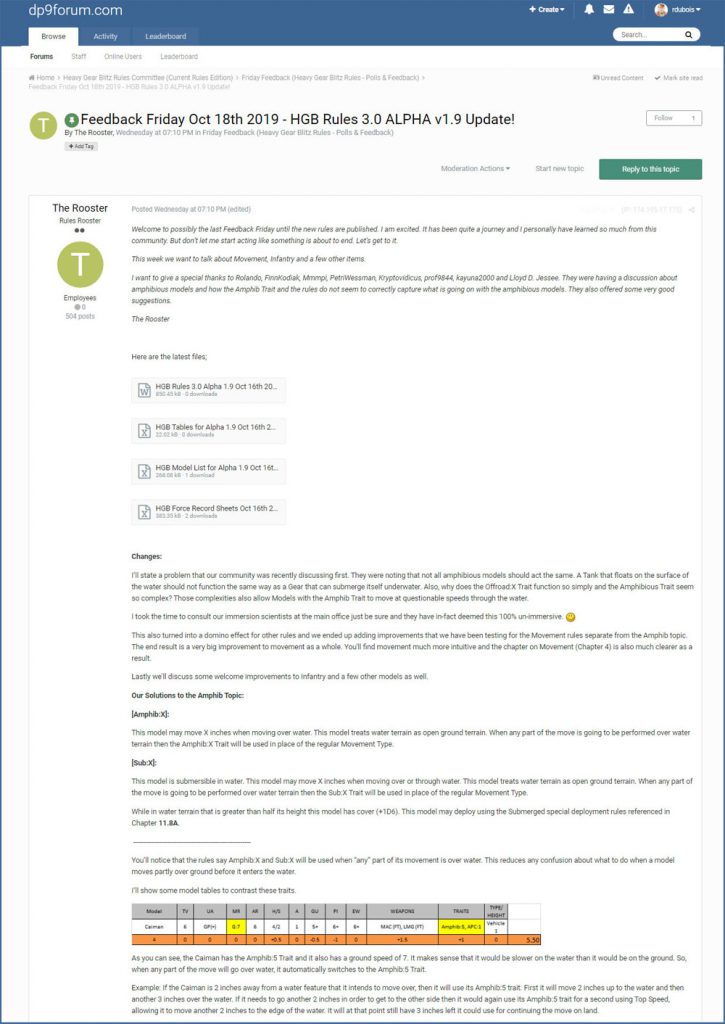