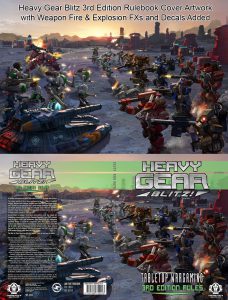 We are still working on laying out the new Heavy Gear Blitz 3rd Edition Rulebook, while packing up the new Peace River, NuCoal, and Utopia plastic miniature armies, along with our regular DP9 Online Store orders.

Today we reveal the cover artwork for the HGB 3rd Edition Rules and give you all a bit of info on the steps of how it was made. We decided to rework the big War for Terra Nova battle artwork by artist Lorenz Hideyoshi Ruwwe that was used for the 2nd Edition. Moving the elements around in Photoshop to make space and add Peace River, NuCoal, and Utopia forces to the War for Terra Nova. 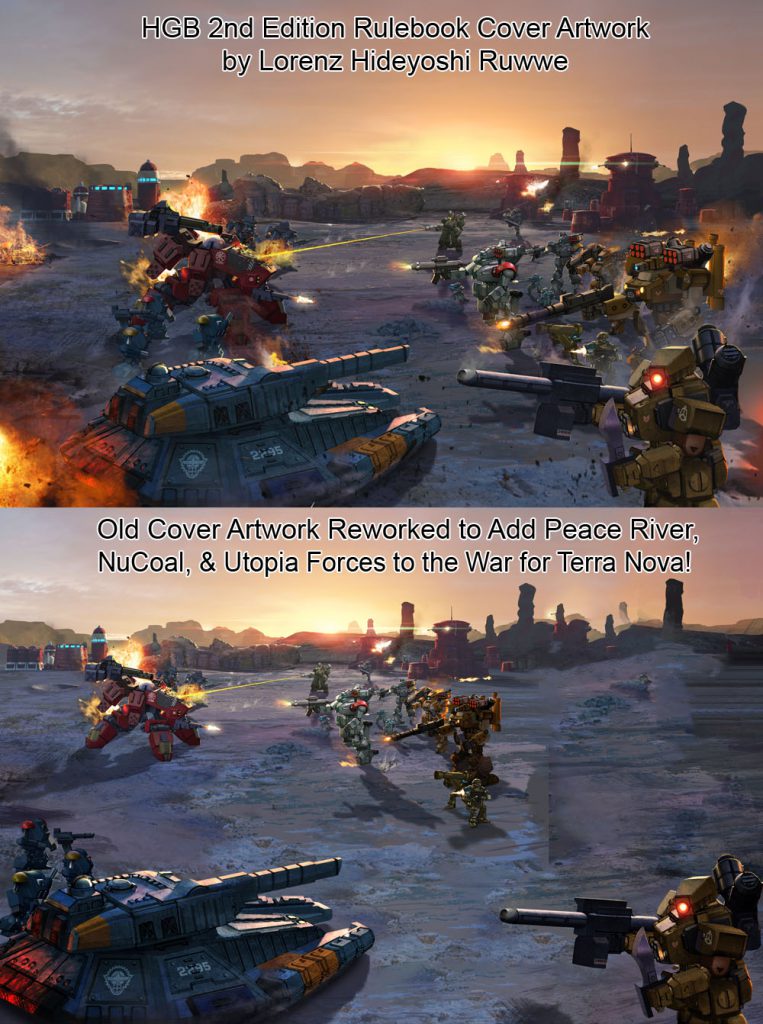 We then added some more Badlands Buildings to fill in the background and 3d models of some Peace River & NuCoal Gears and some Utopia Armigers & N-Kidu Drones. Lorenz was not available to work on the updated cover art so we found a new artist, Ghislain Pariset, to rework and color the 3rd models in the same style as Lornez did. 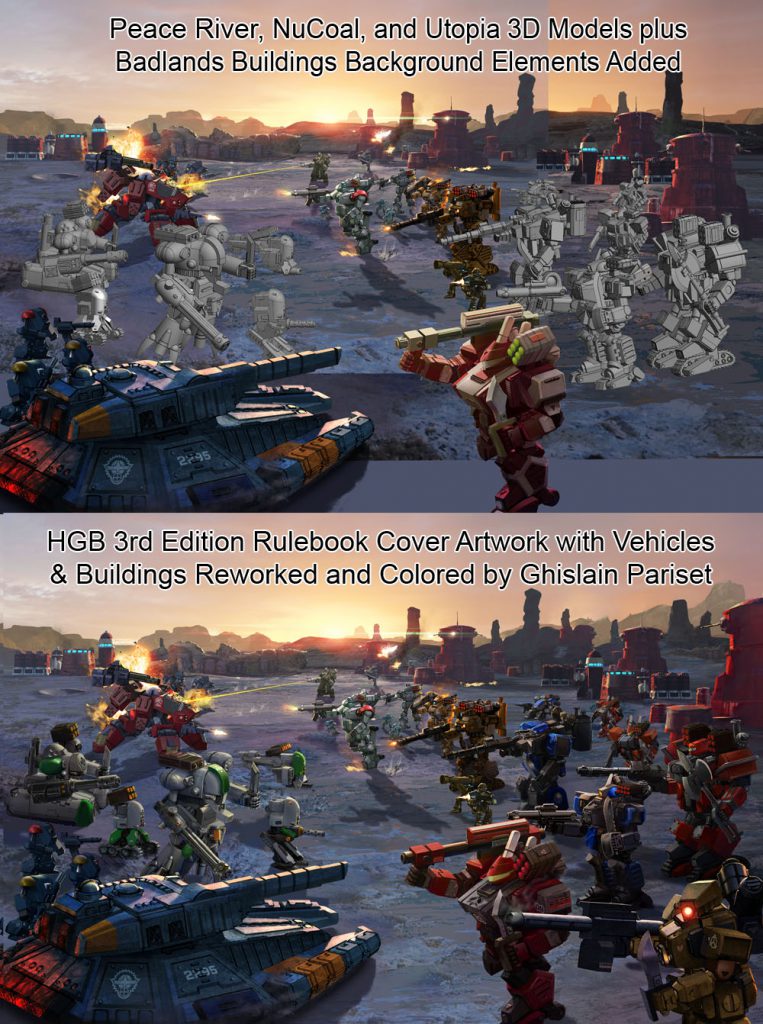 Ghislain then added faction logos and numbering decals to the models and then did some amazing weapons firing and explosions FX and shadowing to the final artwork. We then made a mock-up of the front/back cover with HGB/DP9 Logos and text. 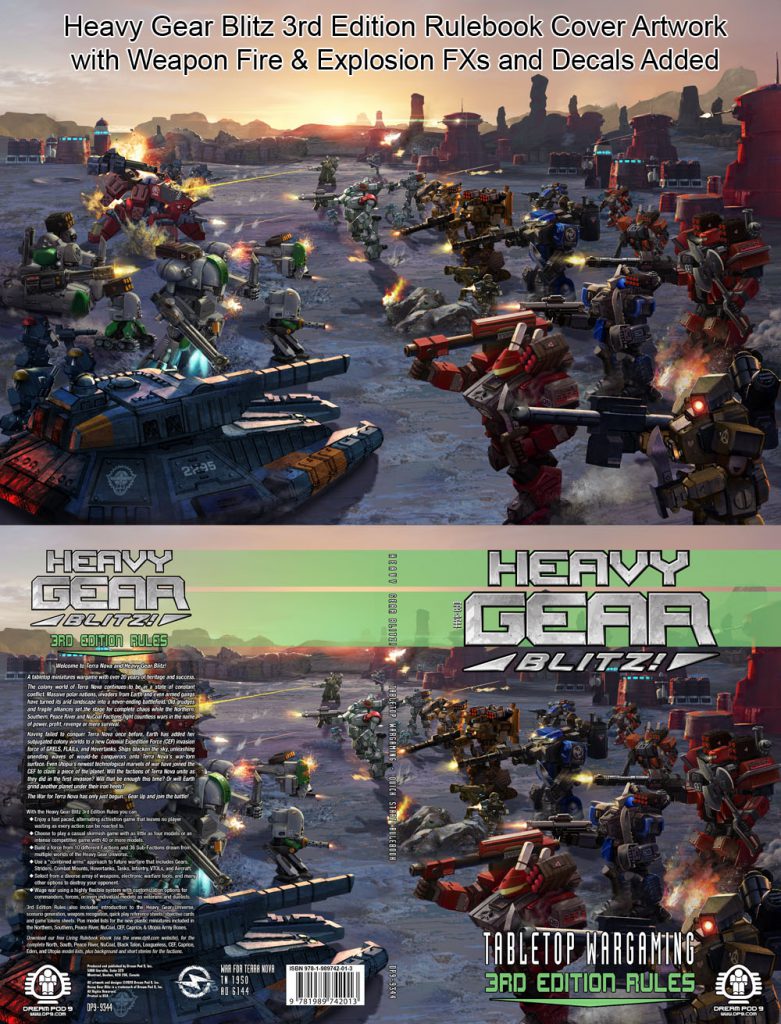 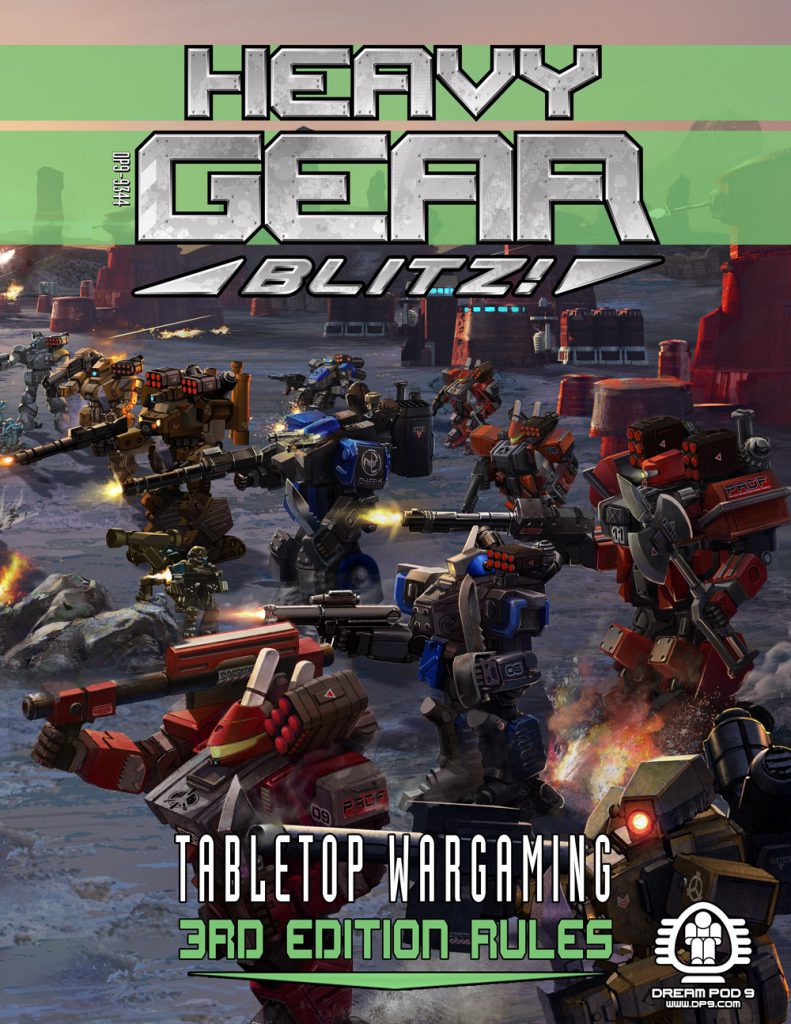 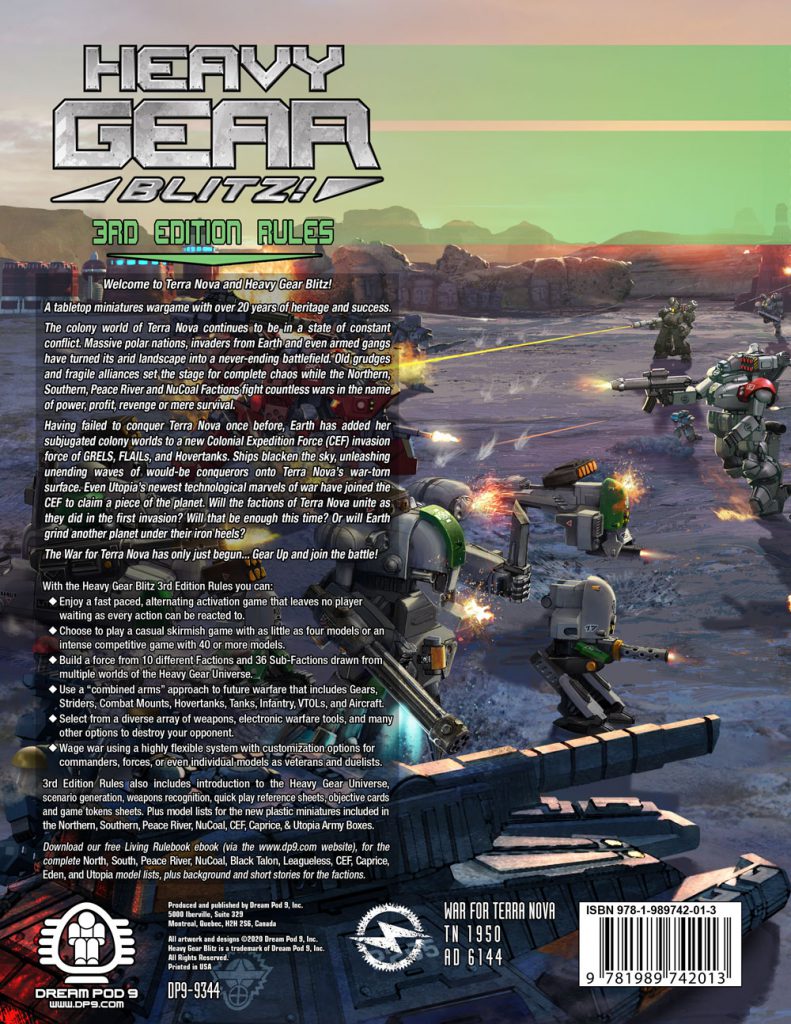 Plus we pickup the rest of the Utopia plastic miniature sprues last and setup the table and boxes of each sprue to start packing up Utopia Armies. We plan to start shipping Backer reward packages that don’t need a copy of the new 3rd Edition Rules included in them starting in Mid-February. 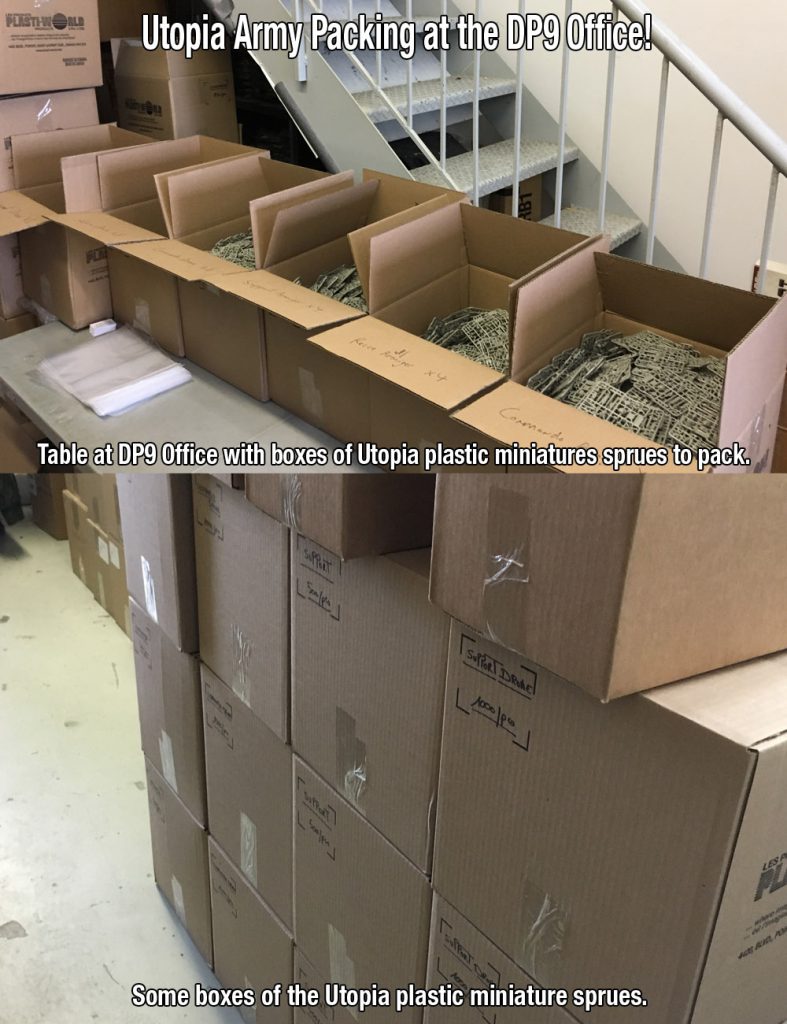 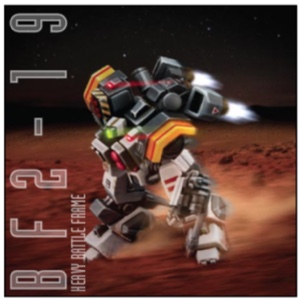 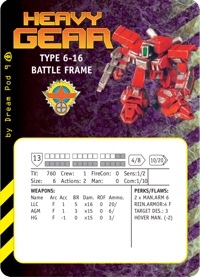 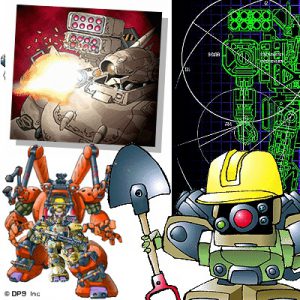 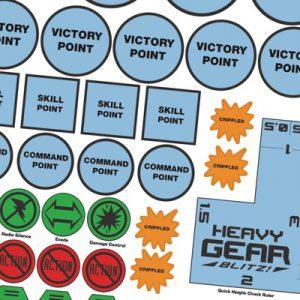