Its been 25 years since we released the Heavy Gear Roleplaying & Tactical System Rulebook back at Gen Con in August 1995. Back then Dream Pod 9 was still just the design team at Ianus Publications, checkout the old rulebook cover image attached with this post and its product code of ISG-01 in the top right corner. Dream Pod 9 only split off from Ianus Publications in December 1995 and became an official incorporated company, and later printings of the rulebook changed the product code to DP9-001.

In celebration of the 25th Anniversary of the release of the Heavy Gear Roleplaying & Tactical System Rulebook we made a special patch. The HG25th Patch is 5.85″ x 3.15″ with an Iron-on backing, with 3 versions (Gold Thread, Gold Metalic Thread, and Glow In The Dark Thread on Black twill with merrowed edging). See photos of the 3 versions, plus the Glow In The Dark version glowing in the dark, and a group photo including all the 3″ diameter faction patches made as part of our Kickstarters.

Customers can also purchase the HG25th Patches in the New Releases section of the DP9 Online Store at the following link.
https://store.dp9.com/index.php?route=product/category&path=125 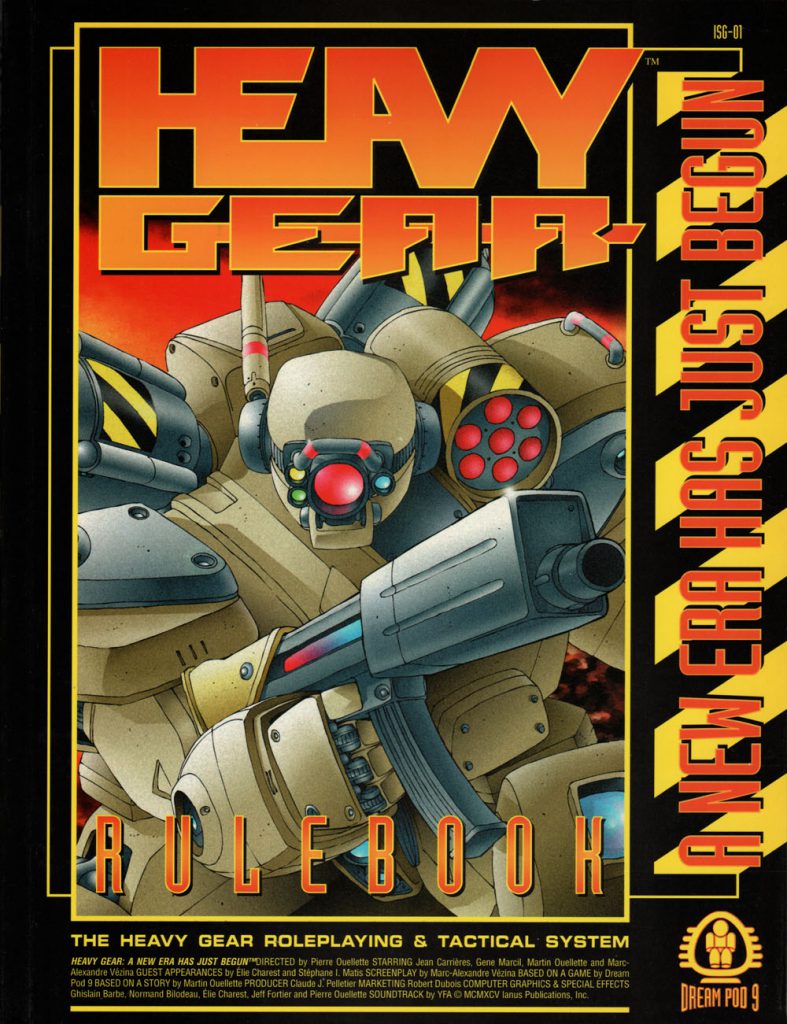 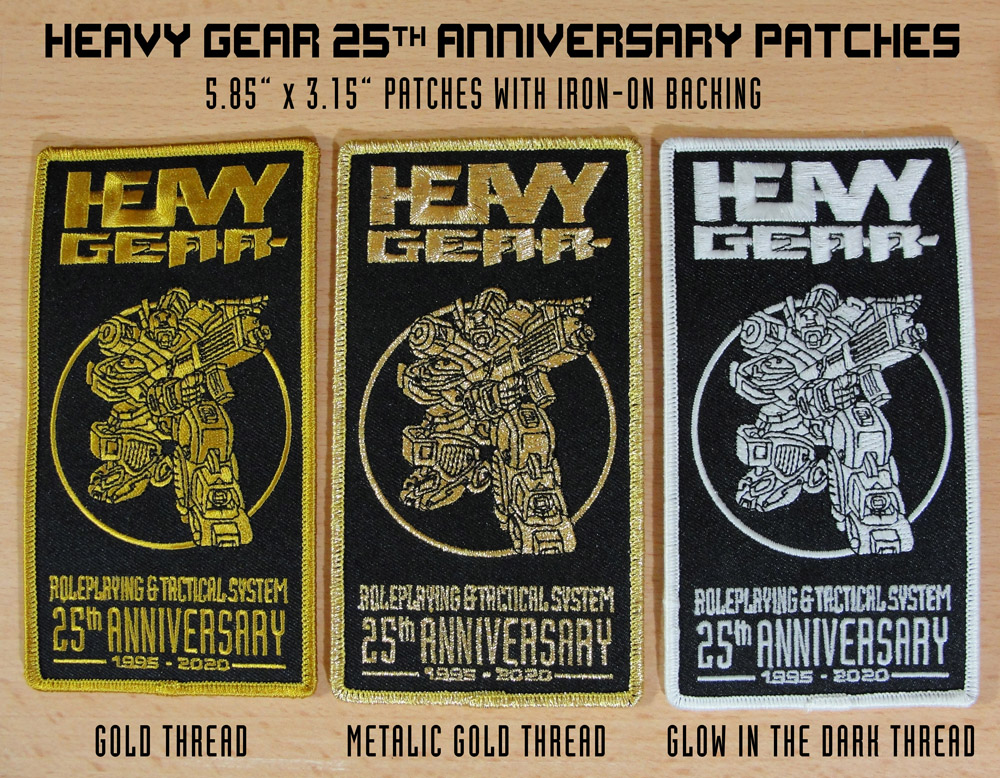 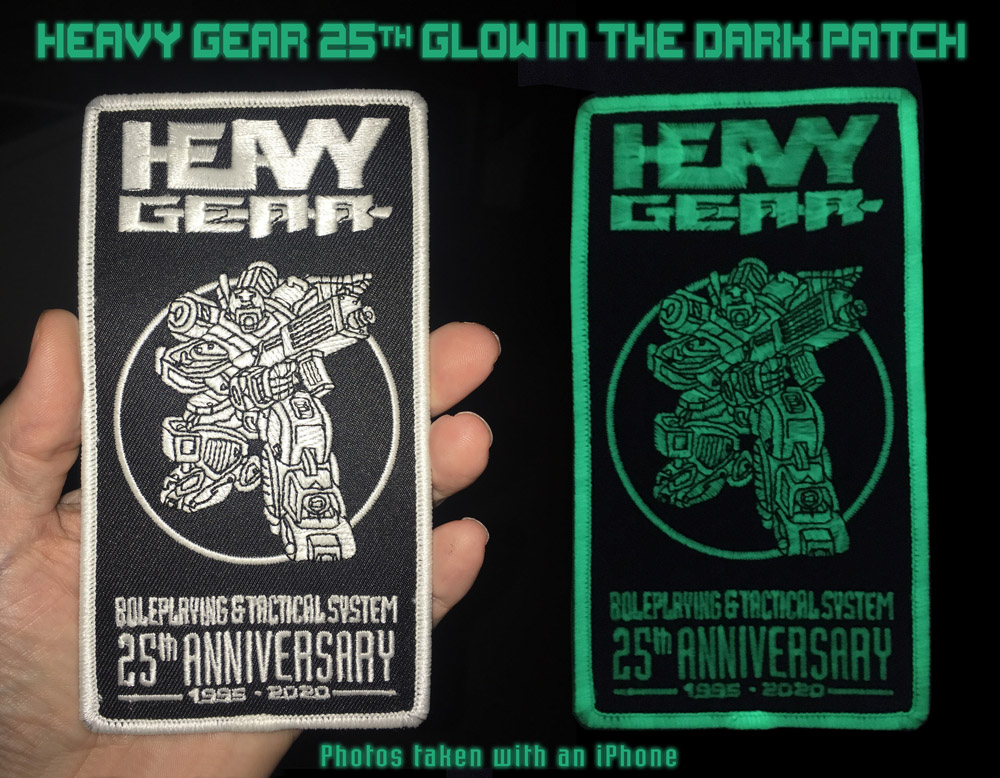 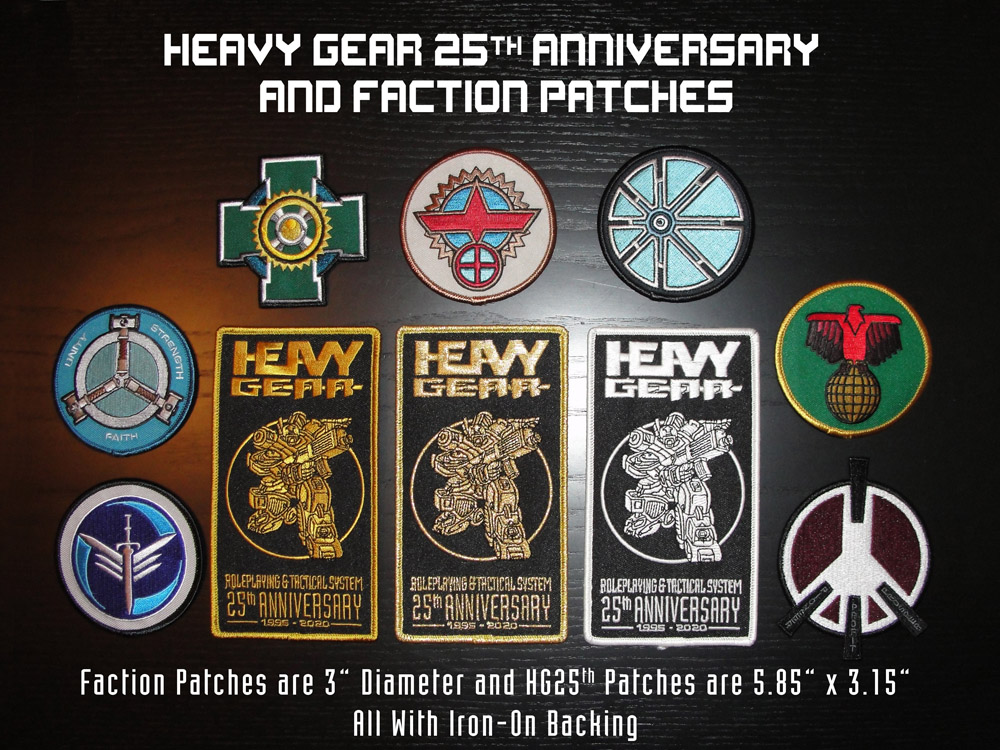